To say no takes courage. It’s hard to hear but can be liberating to say. Getting used to this one little word could help you lead a healthier, happier life.

Sometimes in life, you come to a realization that ‘it’s just not working out’ and you finally mean it, and you stand your ground. It might be a relationship, a job, or your health; learning how to say no can mean more peace in your life than saying yes.

It’s important to learn what matters in life. Differentiate between the things that serve you and offer growth versus those that don’t. Sometimes saying NO to one thing can open doors to other opportunities.

No is not always denial or rejection. Sometimes, it means redirection.

We often are too afraid to hurt other people that we just end up agreeing with something that does not sit well with us.

You may also like: How to live a purposeful life

In any situation, you have a choice: yes or no. No can bring you clarity without being clouded by others’ opinion of you or the pressure of doing something just for yourself.

How to say no effectively

A no does not have to be rude. Use softer language such as ‘I’m not comfortable doing that’ or ‘I won’t be able to’. You don’t have to sugar coat things either. Just be upfront and to the point about it.

Instead of an automatic yes, say “I’ll think about it” instead. This gives you more control and eases a hard no. It will give you time to actually think about it.

Saying yes when you, in fact, want to say no, can cause more harm than good. Yes is great when it’s positive and said willingly. No does not always mean being negative or pessimistic.

If you have other engagements say so. Don’t lie about why you can’t do something. Be honest. You don’t have to give excuses or make up stories.

Being assertive and standing your ground is empowering. Say no is an unaggressive yet stern manner, at work or home and with friends.

Don’t compromise or feel guilty for saying no. Stand your ground and don’t back down. You are not obliged to say yes if you don’t want to.

Be confidant in your why. It’s ok to just say no because you want to take time to relax.

Find appropriate, loving and unselfish ways of drawing the line. Saying no will sift the users and chancers in your life.

When you say no, people can make you feel bad for it. Don’t let that make you feel like a bad uncaring person. When boundaries are set, stick to them. In that way, people will know where they stand with you and vice versa.

Saying no can be lonely but it only makes you stronger. When you start putting yourself first, you embrace the freedom that comes with saying no. You will have to accept that it may not make you popular, but you must be ok with that.

People-pleasers struggle with ‘no’

I’ve been a people pleaser for as long as I can remember and mostly to my detriment. I could never stand disappointing someone, so I always ended up saying yes even I wanted to say no.

It meant sacrificing my time and resources which often left me neglecting my own plans and feeling unhappy.

It’s nice trying to be the hero for everyone until you realize you’ve left yourself behind and there’s no one to help you. Hard reality. But it was a good lesson.

It’s still hard at times, but I’m more at ease. And very intentional about my self-care and prioritizing the things that fit into my scheme of life.

Saying no is not selfish or being mean. Unless you’re just a mean person of course. Not the same thing by the way.

Learning how to say no guides you in two main ways:

Saying no does not always mean being unkind or impolite, although it carries those negative connotations. It doesn’t come easy to say no, because as human beings we want to be liked. Saying no is a learned behaviour.

The more you practice saying it the more confidant you will be to decline invites, extra work or anything you are not interested in.

Say no and mean it. You will be more at ease and happier about it.

Analysis Paralysis: How to stop Overthinking Everything

Hi There! I am Nthabiseng Masipa; lover of life, mother of a little baby girl, psychology graduate, and blogger.

I’m all about taking life one day at a time. I’m that nothing gets me down type of person (95%). Today is all we have guaranteed. I choose to make the most of it. 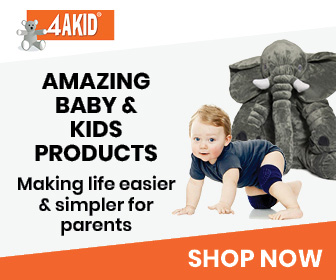